Background: Cerebral aneurysm healing is a dynamic process mediated by inflammation, ingrowth, and vessel wall remodeling. Monocyte chemotattractant protein 1(MCP-1) and osteopontin (OPN) have been identified separately as key mediators of the aneurysm healing process following coil embolization in the rodent model. The ability for protein coated coils to accelerate this process in currently unknown. Methods: We use a polymer (Poly [glycolide-co-caprolactone]) (Rao pharmaceuticals) (CG910) to test whether coils can be dual coated with active proteins with sequential reliable release. Coils were coated with PLGA, CP910, and subsequently dipped with protein OPN (inner layer for delayed release) and MCP (outer layer for initial release). Release assays were utilized to measure protein elution from coils over time. To test in vivofeasibility, coated coils were implanted into carotid aneurysms to determine effect on aneurysm healing. ARRIVE guidelines were followed for the study. ANOVA and student t-test was performed for assays with p<0.05. Results: In the in vitro studies, a significant amount of OPN and MCP release was measured early (within 2 days). Using a 200ug/uL solution of MCP-1 in PBS, we were able to show that CG910 coated coils provided the most effective release of MCP over time of the available polymers. Within the carotid aneurysm model, MCP and OPN release caused a significant degree of ingrowth (74 and 80%) compared to PLGA and CG910 alone (58 and 53%). To study mechanism, Nos3 and MMP9 were investigated, and both had significant increases for the OPN and MCP groups compared to other coils (p<0.001). A further analysis of proinflammatory markers Nox4 and NFkB showed increased overlap coefficients with CD31 for the OPN and MCP groups. To determine synergistic impact of dual coating, we measured ingrowth for MCP/OPN coils (63%) as well as overlap coefficients for Nox4 and NFkB with CD31. OPN staining was found primarily within the region of ingrowth whereas MCP staining was localized along the endothelium indicating variable release response in vivo. Conclusions: this study demonstrates that MCP-1 and OPN coated coils are viable and may promote early aneurysm healing. Dual coated coils may have synergistic benefit given different location of protein interaction measured in vivo. Further work is warranted to validate findings prior to advancement towards clinical trial 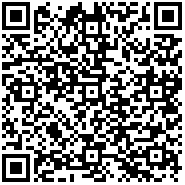